Q: I’ve just upgraded to iOS 13 and phone is bricked. No phone calls no iMessage and not possible to connect to iTunes.
Almost no apps are working and updating them that works takes forever.
Really don’t want to do a full factory restore with the latest iCloud backup.
Any chance that this can be fixed either with a beta or restore before the update?

This is a really frustrating problem that when we rely too much on our phones and suddenly it bricks.
iOS 13 a major release of iOS mobile operating system by Apple Inc, which was released on September 19, 2019, and later, iOS and iPadOS 13.2.2 was released on October 28. And iOS 13.3 public beta 2 was released on November 12, 2019 recently. Apple has released lots of software updates recently. It seems that some people face updating issues. Many announced new features and performance improvements attracted users to upgrade the system. However, there are some problems occurred when updating iOS 13 like the above. How to fix a bricked iPhone caused by iOS update failure? In this guide, we show you three different ways to recover your ios system.

What is a bricked iPhone? 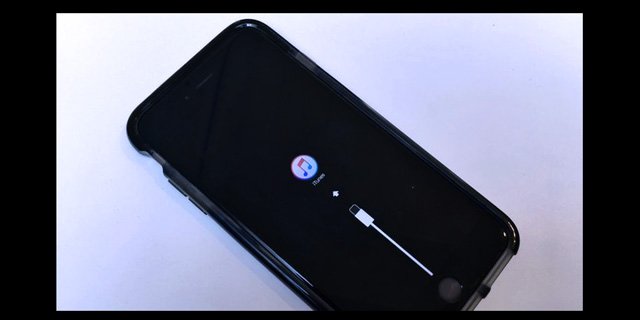 Before we repair the bricked iPhone, let us know about” bricked”. Generally speaking, brick means not working. It won’t turn on or seems to be” bricked”. There are many different issues, such as iPhone stuck verifying update, iPhone stuck on Apple logo, stuck in iTunes restore mode, stuck on DFU mode, stuck on boot loop and more. There is a good chance that your iPhone is functional and you can wake your iPhone up use gentle ways.
Basic Notice：Before trying to repair your iPhone, make sure that your iPhone has enough power during the whole process. Having no idea about the remaining power? To ensure the power on, charge it for about 10 to 20 minutes.

When you restart your iPhone, the mobile system starts to reboot and you have a great possibility to wake up it. The Restart method you need to apply depends on the model of iPhone you own. There is a complete guide on which button to press and how to perform a force restart of iPhone.

Sometimes, you may find it is still stuck on boot loop, remove the iPhone cover and force restart again. Hard cover might stop you from pressing the button effectively. Restart is the basic principle method. Be sure to have a try.

You can check this comprehensive guide about forcing restart iPhone of different Models.

1. Use a USB cable to connect your iPhone to PC.

2. Make sure your iTunes keep updated. Open your iTunes app on your PC, Find your device icon on the top left window of iTunes.

Note: This method will delete all your information and data on your iPhone. Pay attention to it that the restore is a factory reset. However, if you have former backup files in iTunes, you can restore your iPhone to how it was when you last backup it.

For the sake of data rescue, most people may not want to restore to a factory reset. And if you are not satisfied with the following approaches, I recommend you use the safe and quick method 3. In Fact, I have suffered iOS 13 updating bricked my iPhone problem just recently, and it became normal easily with iOS system Recovery. Use this iOS System Recovery to repair your iPhone. iOS System Recovery can easily restore your iPhone back to normal. It can unbrick the iPhone in several minutes.

How to Fix a Bricked iPhone Updating to iOS 13 without Data loss? 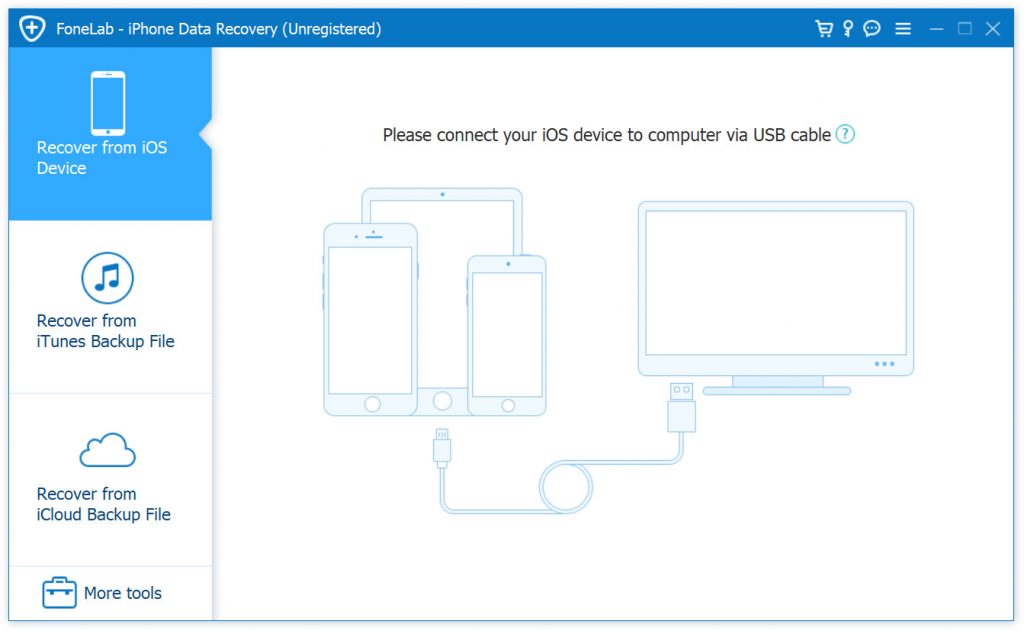 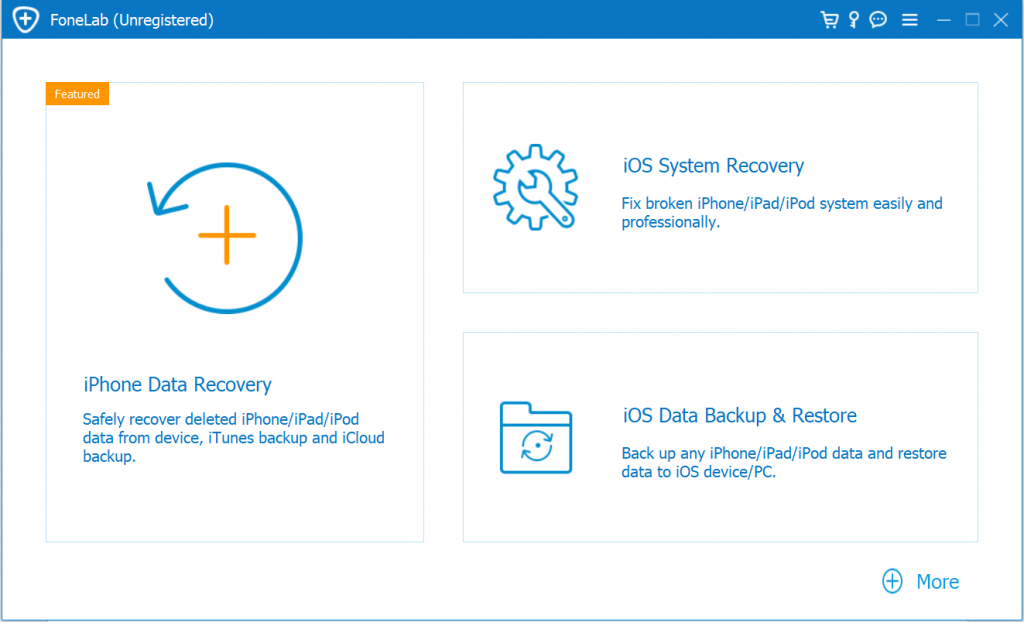 Step 2, Connect your iPhone to PC with a USB cable, you can see that it can fix 50+ iPhone issues without any data loss and it can also upgrade and download grade your iOS system. Click the “Start” button. 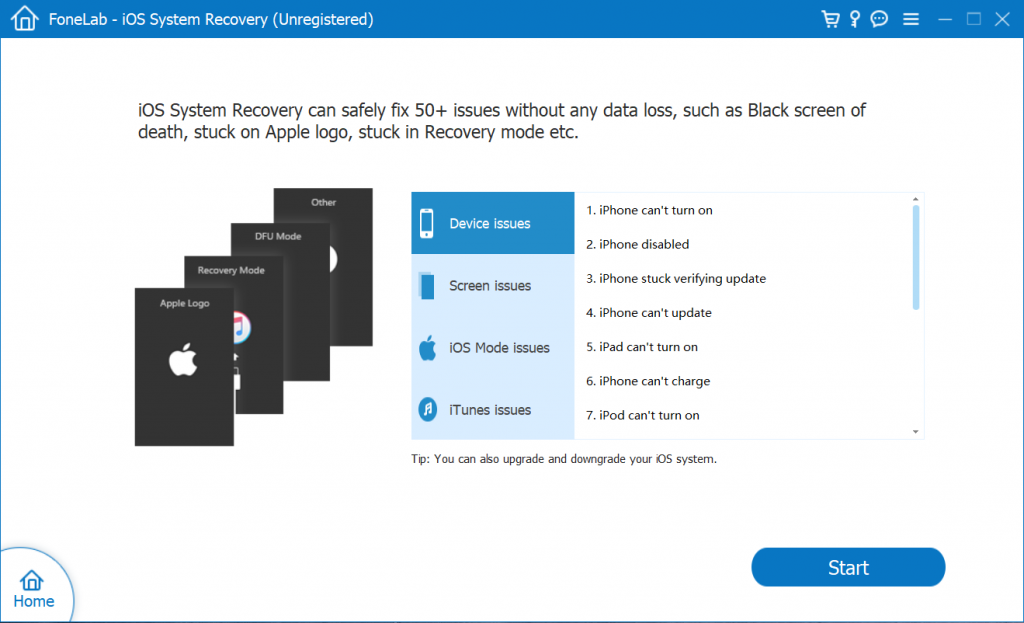 Step 3, Keep the default checked box Mode “standard Mode”. With selecting standard Mode, you can repair your iPhone without data loss. And if you would like to erase all the data of your iPhone, check the “Advanced Mode”. Here we choose Standard Mode and Click “Confirm” button. if your device is successful connect, on the left panel of the window, it will show a green tick. Or else you should check the cable and reconnect it until Green tick appears.

Step 4, Then you can check your iPhone screen and its status. A functional iPhone will be switched on! The window shows your iPhone status and basic info including iPhone status And if your iPhone is normal, Congratulations! Quit the app if you prefer to keep the previous system version. The app has got it done to normal in a few seconds. 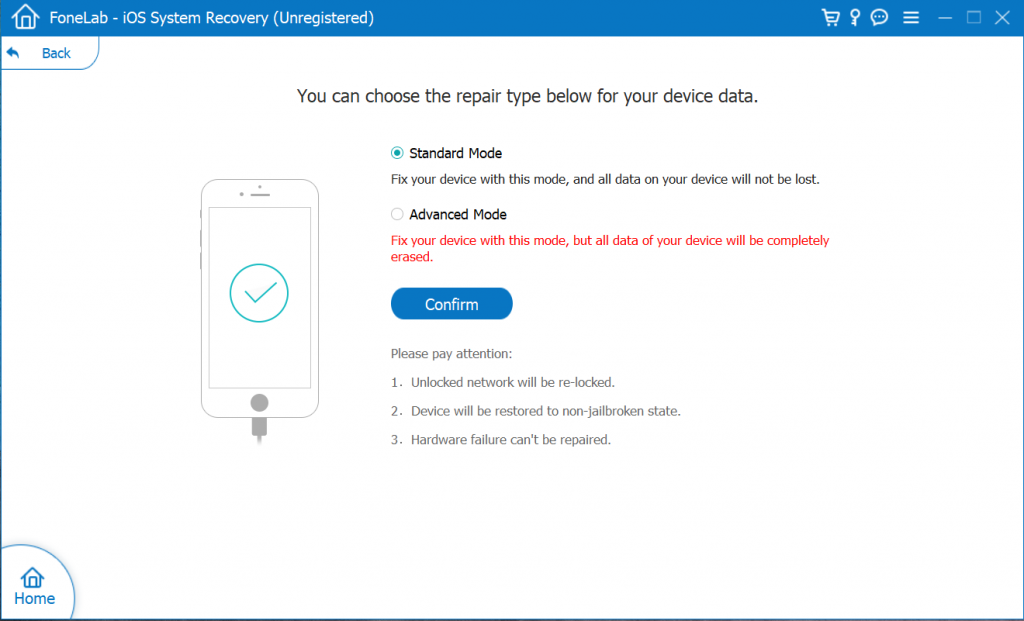 Step 5, Update to iOS 13 or Downgrade to Lower Versions Approach

If you intend to continue update to iOS 13 or downgrade to lower versions, click “optimize”, select the system versions you need, and click “Next”. Because of the big size (above 3GB) of iOS 13.2, iOS 13.2.2, and the latest iOS 13.3 beta firmware files, you will wait for a while for the downloads. iOS system recovery offer a browser download and you can just import here and fix it. After download the firmware files, repair your system and Now you can use your iPhone again. 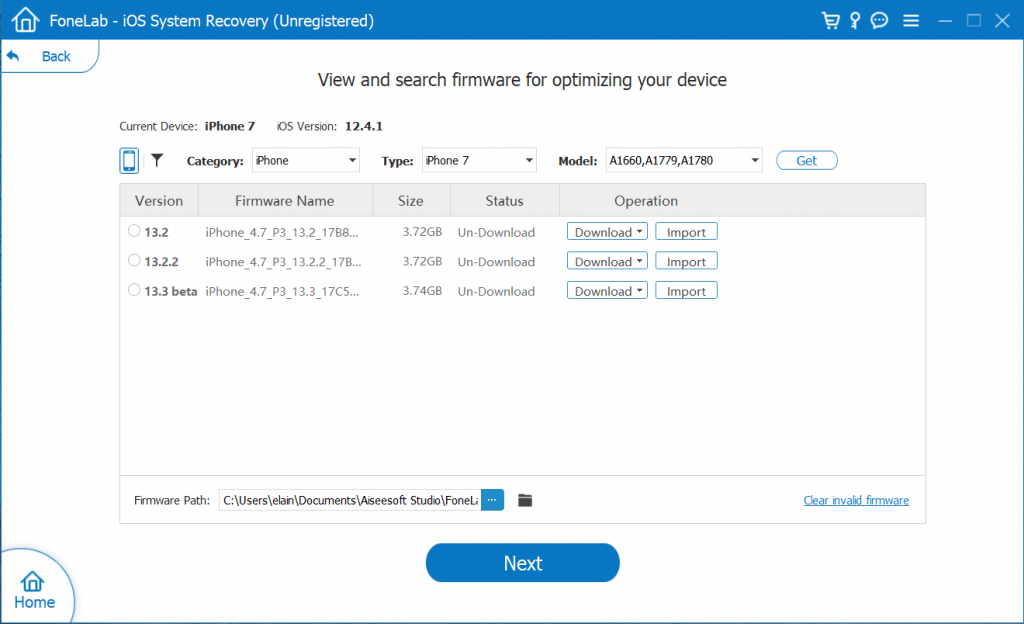 Before upgrade to iOS 13, you had better back up your iPhone data entirely. Though iOS 13 is tempting, there are risks of missing your data or error occur during the updating process. If you accidentally run into the problem of a bricked iPhone, this guide will help you to wake up your device or restore it to a normal state.

How to Clear Safari/Chrome/Firefox Cookies, Cache, and History on iPhone iOS 13

How to Delete All Photos from iPhone after Importing to Free up Space 2020?

iPhone photos are usually easy to take up much space of your iPhone, as we…

iPhone 8 or iPhone 8 Plus bricked – How to Unbrick it?

Dear Editor, I decided to restore my iPhone 8 Plus and it didn’t go well.…